Next stop in my autumn sojourns was Brest, or to be precise, a place close-by, named Plouzane. These were the headquarters of the French Polar Institute “Paul-Emile Victor” (IPEV) – our training for the upcoming experience was about to begin. It was in Brest that I first met my future winter comrades, at least “the French connection”: Olivier, Cecile, Pierre, and Julien. Xavier and Bruno would join us later.

We resided for one week in a complex of small summer bungalows, which was quite funny as an experience. We were not alone, in fact every French polar explorer that would journey to the Arctic, Antarctic, or Subantarctic in the next months was there! We dined every night in a restaurant nearby, crossing the picturesque lanes of Plouzane, to hear the ones that had ventured to the poles before share stories from Concordia Station and Dumont D’Urville in Antarctica, or from the lonely islands of Kerguelen, Amsterdam and Crozet, just north of the Antarctic Polar Circle. All of this with the luxury of some good wine, a tradition which a Greek feasting with a hundred French greatly appreciated!

During the days we received a broad spectrum of seminars, concerning scientific activities, safety, and living conditions in our next destinations. But it was not all about lecturing: One of the most exciting moments was firefighter training (Picture #9)! You wouldn’t want your shelter to be burned down in Antarctica, when the next time you’ll be able to catch a plane was in 9 months or so!
As you can perhaps imagine, in Plouzane the weather was rainy. But the harsh rocky coastline of Bretagne was breath-taking and I felt serenity every time i caught a glimpse of it among the green pastures of the countryside. 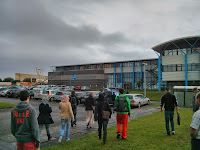 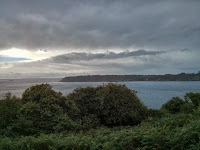 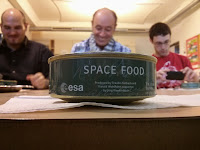 After Bretagne, I began a small tour of central Europe, to receive training for the numerous experiments I would have to conduct once at Concordia. The feeling of always being in a rush was prominent throughout… A lot of things to do, you start the day with a list of ten points and even though you finish five, you go to bed with a list of eleven! That is perhaps why I revived my bad habit of writing (the most important things to do) on my hand. I remember one day working late and totally forgetting to book a hotel in Brussels, my next destination, and the train was leaving in 2 hours! Luckily my friend Leonidas (a fitting name for a fan of Belgian chocolate too) was able to put me up and we had a great time indeed.

Brest, Lyon, Dijon, Cologne, Brussels, Montpelier… I was really glad to have a few free days at Lyon, which I explored with my girlfriend, Judith. Watching the twin rainbows from her window was a moment full of optimism and hope about the difficulties of the next year, during which we would inevitably be apart. The city lived up to my expectations, after all its name originates from Lugdunum, Latin for “The Hill of Light”.

It was at my next stop, Brussels, that I learned how to conduct a sleep study, which is not as bad an experience as it looks (Picture #12)! At Dijon, after training, I had the chance to walk through the backstreets of the old city before catching the train to yet another stop (Picture #13). 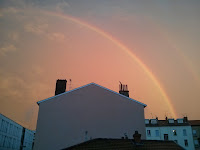 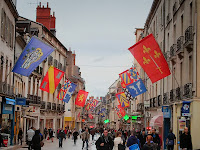 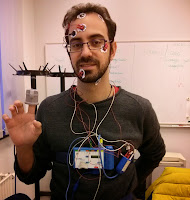 At Montpelier I was taught together with Olivier how to test the quality of the water that we will be using at Concordia, where a recycling system is at work. But the most interesting part of the preparation was at Cologne and ESA’s European Astronaut Centre (EAC), a place I revisited 2 months after completing my summer internship there.

First and foremost, we encountered the Italian side of our Antarctic winterover group. Well, Italian, with a Russian blend! Tommaso, Giorgio, Paride, Daniele, Tindari and Igor joined us for some team-building and get-to-know-each-other time. After all, we would spend one year in isolation together… On top of everything else, we cooked a gourmet dinner to test our cooperation and had a live teleconference with our predecessors at Concordia (Picture #13). Loredana and Susan of EAC were very helpful and innovative in the whole procedure.

A second shopping frenzy would follow in the last days before departure, as I had to prepare my backpack for the cold. The supplies we had sent to Concordia with the Astrolab, the ship that would carry them from Tasmania, would only arrive two months after us. To survive in between, I invested in a good hat, following Igor’s advice – Jud’s gift, a warm bandana for my neck, proved much more useful than I ever expected... With only a few days left before the “launch”, I would soon return to Greece, to meet friends and spend time with family. Partings were always hard, especially the last kiss on a cloudy afternoon at the train station of Lyon Pardieu, but “I would be back in a few days”, as I liked to say.

While excited for the upcoming adventure, and finally very confident about the next year, I couldn’t help but notice that time was flying by quickly, devouring the last chances to share moments with people I loved, robbing me of possibilities and chances that I tried to grasp in every day. 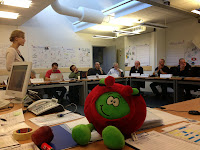 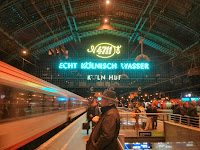 “You are brave”, said an old acquaintance at Cologne. “You are all quite brave to dare spend a year over there”.

I would partially disagree. People might think of winterover crews as the likes of Ernest Shackleton, Robert Falcon Scott, Roald Amundsen and the other great pioneers of the Heroic Age of Antarctic Exploration. We, however, enjoy a multitude of luxuries that they could not even imagine to possess in their times and expeditions to the Far South. Our only challenge by comparison will be isolation, confinement and monotony.

Here’s song of adventure, nostalgia and affection, dedicated to them pioneers, and also to us:

Still, their mission in Antarctica was to survive. Our mission is to excel. ҉