As is the case in the last 10 months, I am writing these lines from a remote research Station in the core of the Antarctic continent, benefiting from a bold move on behalf of humanity to defy the adverse conditions of Antarctica, united, and to establish its year-long presence at hostile environments, to conduct science.

Our Station bears the symbolic name of Concordia. Yet during our stay here these past ten months, several alarming events have come to pass around the globe that we call Earth, our home. We have read the news that travel through air and space, re-emitted by satellites to reach even to our distant outpost: Hostage crises in Africa. Near-civil war in Ukraine. Hundreds of victims in the Gaza Strip. And sadly more.

For someone who is overwintering in Antarctica, dependent on the assistance of colleagues locally and far away, living on the pinnacle of the coordinated efforts of many nations, such events of violence seem not only sad, disappointing, regrettable, but also (and perhaps more importantly) pointless.

It is not only an emotional or moral argument to raise against survival of the fittest and dominance by force. History has proven time and again that in spite of the impulse of many living beings to resort to violence in order to resolve their differences, partnership works to everyone’s advantage at the end. This is the reason that alliances of diverse populations have risen throughout the centuries: from the Athenian Coalition to Kalmar and the European Union.

And history proves that point again today: The magnificent advancements in science and technology, whose ameliorating effect on our everyday lives we often neglect, happen to a great extent because of cooperation and sharing. I seriously doubt that we could sustain continuous human activities in space if it weren’t for joining forces and exchanging knowledge among many countries, some of which used to be major enemies. And the same goes for us, the thousand souls that constitute the population of Antarctica.

Violence is the short, easy way. Tolerance and collaboration is the harder one – but it definitely bears more fruit if one is wise enough to invest in it.

Concordia Station in particular is a prime example of what cooperation can achieve. Concordia is the only multinational research station in the seventh continent – and it functions well despite the complications inherent in any form of collaboration. Undoubtedly the combined efforts of the two countries that operate it – France and Italy – amount to much more than any could achieve alone.

Synergy is a word derived from my native language, Greek, which means that the parties working together accomplish more in teamwork than what the sum of their individual efforts could realize. 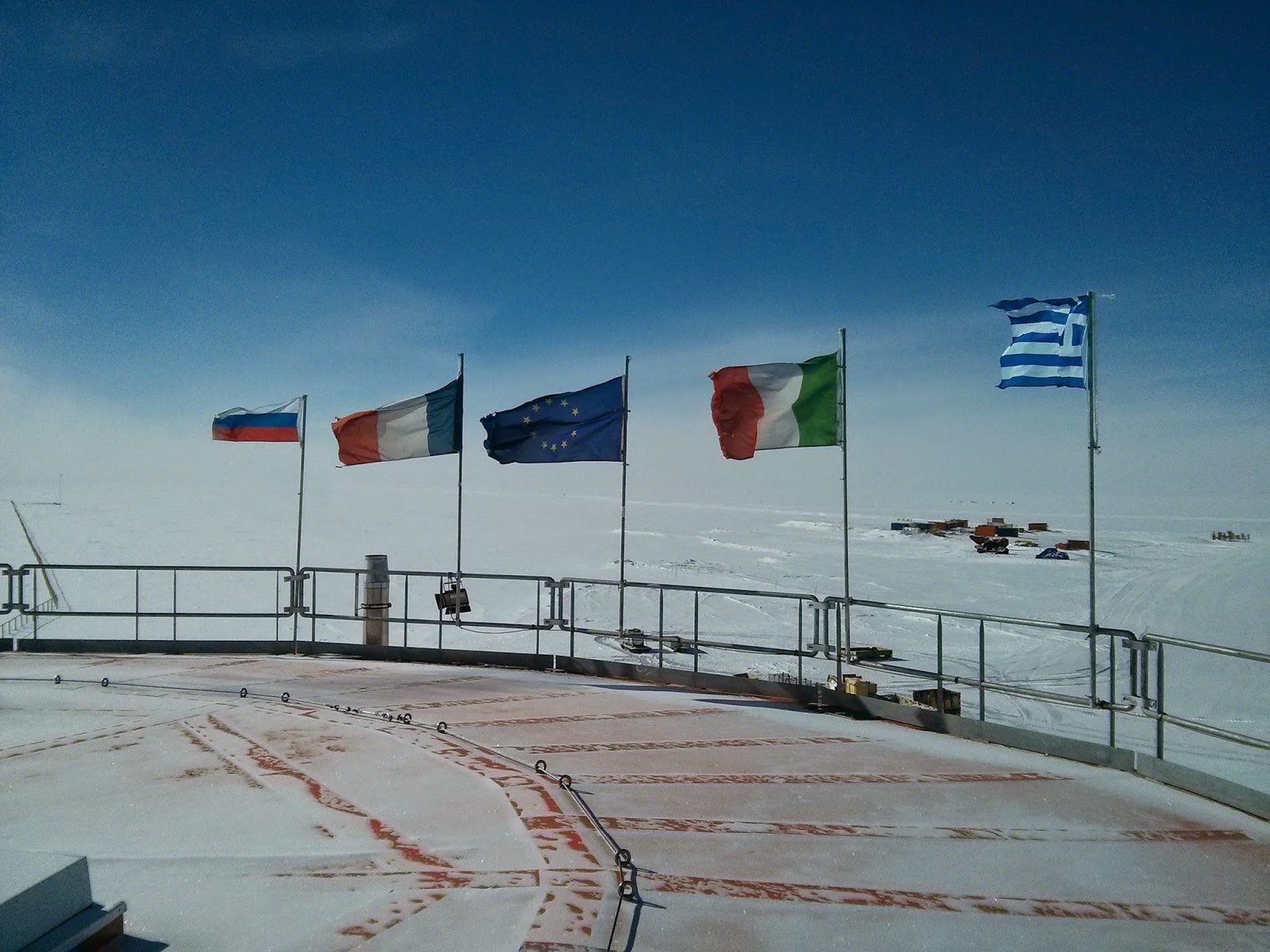 Co-existing and working together is not as easy as doing whatever one wishes, true. Here in Concordia, yes, there are differences between us crewmembers. Yes, we do go through tense phases occasionally and we do argue. In the end of the day, however, we realize the need to live together peacefully, cooperate, and tolerate. Perhaps if everyone went through an Antarctic winterover experience, they could understand this need more easily. And behave accordingly. But maybe you could take our word for it, too.

The same goes for the world and its wars. Yes, great interests, financial, political exist. Yes, the citizens of this world are fundamentally so much different. But ten months of living isolated in one of the world’s hardest environments can teach you to get the best out of everything and everyone, however divergent from your standards they appear to be at first. The world is a colorful mosaic for a good reason and there is profit to be found in this rich diversity if one is patient and perspicacious.

The name of our Station is Concordia and its etymology comes from Latin: Con-, together, and –cordia, heart. The word “cordially” derives from the same root in English and so does the French expression “cordialement”, at the end of every letter. “D’ accord” in French literally means “I am in accordance, aligned with your thought”. It is perhaps fitting for a Francoitalian base to be named like that; the name itself coming from Latin, but so eminent in modern French culture, in the names of sites such as Place de la Concorde or even the joint effort to build the Concorde airplane with the British.

One winterover in Antarctica can make you understand the real necessity for respect and sharing that the term “concordia" implies. And abolish thoughts of war that generates victims in the name of difference.

To reverse U2’s lyrics, “we‘re not the same, but we are One”.
That’s what we are taught in Antarctica. Now, let’s apply it to the world.

In our case, here we are, all in one, differences aside:

We are determined. We are together.